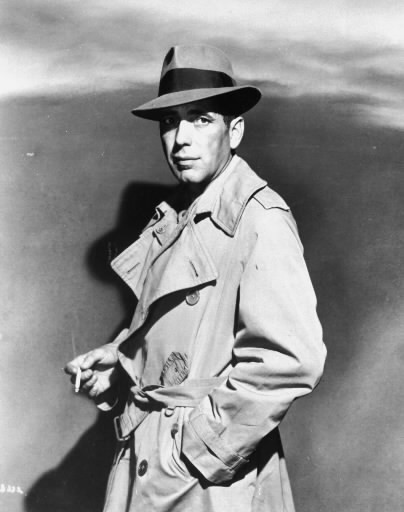 I’m doing Chuck Wendig’s flash fiction challenge again this week, as I have since January, and I’ve had some trouble.  This week’s prompt is a new version of the same subgenre blender that inspired me to write Dreams of Drowning.  I got a very different combination this time (it’s a different random table, after all), and now I’m supposed to write a whodunit / comic fantasy.  In 1500 words.

I have written this with the whodunit firmly in mind.  But trying to intentionally make comic fantasy?  I’m really not sure what to do with myself.  I’ve written pieces that I thought were comedic, or which people told me were funny, but that’s always been an incidental sort of thing; I guess the truth of it is that I don’t write those moments thinking “now it’s time to write some comedy.”

Anyway, I don’t know that I’d call this particularly comic, but I do hope you enjoy it.

Vlad shakes open his long coat as he steps up to the door of the brownstone.  Water spatters to the cement steps, and he nods to the patrol officer standing to one side.  “Evenin’,” he mutters curtly, tugging his hat back up from where it had been shielding his face in the rain.  He steps inside, through the door the officer holds open.  The foyer is a mess of specialists, people strutting around with cameras, sketch pads, and those little analysis boxes that Vlad swore worked through some kind of demonic power.  One of the sergeants, a real harpy, pulls him into the front room for a quick on-site briefing.

“Look, I don’t know what Central thinks it’s doing, assigning you to this, but you better not make a mess of my goddamn crime scene.”  Her claws flex, stop just short of gouging the nice wooden flooring.  Vlad winces a little at the sight.

“Sorry,” Vlad flashes an apologetic smile, “I’m just doing my job Suzanne.  I just got on shift.  What can you tell me?”

She sighs and relaxes her talons, fluffing her wings a little.  “Victim is named Gerhardt Matterburg, he’s a live-in nursing companion.  You know the type; big strong guy, lots of stitches, a little too familiar with comparative anatomy?”  Vlad nods, and she continues, “Anyway, he dropped dead in the basement during the host’s party, which is no easy feat with a guy like him.  No clear wounds, or at least none that don’t look like old, and healed, modifications.  Just a big cadaver with fifteen suspects.  His maker, Dr. Matterburg, hasn’t yet been informed of his death.  We’ve been sitting on that for a bit, until we can figure out where the clear interests lie.”

Vlad whistled quietly.  “Okay, who’re our fifteen?  We got any known priors?”

Vlad opens the door to the room where his last interview subject is waiting.  A shrouded figure sits on the far side of a table, arms down at its sides.  Vlad closes the door behind him, leaning on it for a moment while he pats his pocket.  He produces a recorder, turns it on, and then begins.

“First of all, my apologies for gettin’ to you late.  I’m afraid you drew the short straw, metaphorically speaking.”  Vlad crosses to the chair on his side of the table, spinning it around in front of him idly before looking up at the shrouded figure opposite him.

“I have a puzzle for you.  How does one man, in the company of fifteen other people, die without anyone being sure who it is what killed him?”  There’s no response, but Vlad powers on.  “Yes, of course, you could go straight to snipers and tinfoil hats, but look, we both know that’s not how it went down.  Nobody’s going to convince me that someone shot Gerhardt with a 6.5mm Italian from the grassy knoll.  He died in the basement.  Where you were too, Mr….”  Vlad sits down, straddling his chair backwards, staring at a piece of paper that reads ‘Menkheperresenb.’  “Uh, Mr. Menkheparisnb?  Menkheperreseb, sorry, Menkheperresenb.”  Vlad grimaces at his mispronunciations.

“Now, I’ll give you this; there’s no way you’d find a weirder bunch a folks to die with.  Honestly, any of ya could have pulled it off, most like.”  He nods, sucking in his lower lip, revealing his fangs.  “But I think maybe you’ve got something you want to tell me.”

As tightly bound as the figure is, it can only barely nod its head.

Vlad tilts his head to one side, considering.  “So dish.”

Vlad sighs.  “Right.”  He reaches around behind him towards a small side table, stretching effortlessly in his oxford shirt.  He hands the figure a legal pad and a pen.  It fumbles with them in its well bound hands, scrawling messily.

Vlad stares at the legal pad.

Vlad raises an eyebrow, “The fuck is this, some kinda fairy?”  A look of recognition blooms on his face.  “Ah, you think it was Tink?”

“Right, so, stop me if you think I’m going the wrong way here; Gerhardt comes downstairs to the party in the basement, says hello to Lucius, says hello to Candika, you’re there, doing whatever it is you do, and a little while later Gerhardt falls over dead because he got a terminal case of fairy dust.”

The figure nods in agreement.

“Ok, interesting theory.  Here’s my problem, and I’ll start this from the beginning.  Gerhardt’s a tough mother, his Doctor made sure of that, but he goes down without a mark on him.  Right?”

“Now, that probably rules out Candika.  I’m not saying it’s impossible, just improbable, right?  She’s not big on subtlety, ‘specially not when she’s mad.”  He pauses for a moment to gauge the figure’s reaction.

Vlad purses his lips, like he’s thinking hard.  “Hair and claws and full moons, sure, but not subtlety.”  He focuses back on the shrouded figure.  “So, could be Lucius, but I’d think someone there would have seen him preparing, since he’s not so good at the ‘both sudden and invisible’ thing.  Amirite?”

The mummy pauses for a moment, then nods.

“Right.  So Tink, let’s say she doses Gerhardt up good on some of her dust.  Definitely no marks on his body, probably nothing through toxicology, though the demon-boxes might beg to differ.  You know about those things?”

It’s Mr. Menkheperresenb’s turn to tilt his head, though he only moves it a tiny amount.

“No?  Oh, they’re great.  Give you all sorts of good stuff, and it’s perfectly admissible.  They do, occasionally, advocate for something totally wacky, but only when everything else agrees that it makes no sense.”  Vlad shrugs eloquently.  “Anyway, here’s the thing; we know what fairy dust does.  I’m not saying I’ve had any myself, but that stuff makes you literally high as a kite.  And while we get plenty of dust related fatalities, we’ve never seen someone OD on it.  If Mr. Matterburg had that much dust, his corpse should still be floating right now.  You with me so far?”

“Right.  That’s a problem for your idea of it being Tink.  I’m not saying she couldn’t have done it, just that it sure as hell wasn’t from her dust.  So, uh, you have any other ideas?”  Vlad offers the legal pad across the table a second time.

This time the mummy doesn’t pick up the pencil.  Vlad can’t see its eyes, but he’s pretty sure that it’s staring at him.

“No?”  Vlad keeps looking at the mummy.  “Ok, then do you mind if I tell you what I’ve been thinking?”

The mummy doesn’t move at all.

“Right.”  Vlad clears his throat, and pulls the pad and pencil back to his side of the table.  “So, I think I have a problem.  See, the MO for Mr. Matterburg’s death doesn’t really fit anyone at the party, right?  I mean, whatever they did should leave marks, or at least give enough evidence for our interviews to have shown something.  But no one spoke up at all, and their stories all match.”  Vlad takes a moment to test the tips of his fangs with his tongue.  “But our demon-boxes have been giving us funny readings.  They keep saying ‘CURSE’ in real big letters, which is weird in and of itself don’t you think?”

The mummy is sitting stock-still.

“Can you tell me why they might be saying that, Mr. Menkheperresenb?”  Vlad leans forward over the back of his chair.  “I’d really like to know why they’re saying that, when we have no evidence of anything else.”

Vlad sets one hand on the table, tapping it lightly.  “You know, I’d really like to know something else.  Where were you two nights ago?  Were you at home?  Do you remember getting in a big fight with a big fellow by the name of Gerhardt Matterburg?  We got reports that said it sounded like a one-sided lover’s quarrel.  We also got reports that said that Mr. Matterburg was seen leaving the premises with a suitcase that must have been very heavy indeed.”

The mummy leans back slightly, slowly crossing its arms.

“You know, we searched Mr. Matterburg’s residence?”  Vlad sits back up straight.  “We found that suitcase, Mr. Menkheperresenb.  We found a large quantity of what we believe is your jewelry and gold.  Why didn’t you just file a report?  Why show up here and kill him?”

The mummy creaks as it leans forward, reaching across the table for the pad and pencil.  Vlad watches in interest, then frowns.  The mummy had scrawled LAWYER in huge block letters.  Vlad sighs.