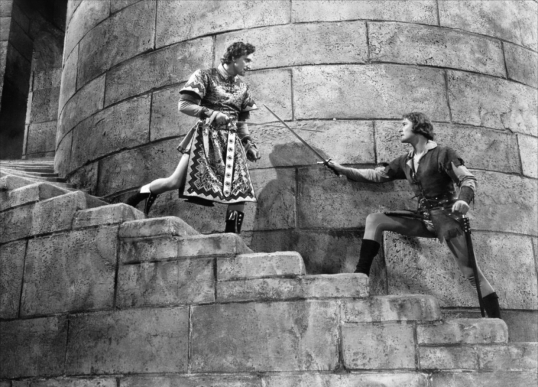 More or less what I grew up with.

I love adventure fiction.  It’s makes up a large portion of what I write, probably because it’s what I grew up reading in books and creating in role-playing games.  When I don’t write adventures, I still generally use the climactic structure to resolve the primary tensions of the piece.  Unless I feel like experimenting, I don’t usually do the “unfinished story” thing and leave such tension unresolved.  But you probably already know this, so why the hell am I telling you? 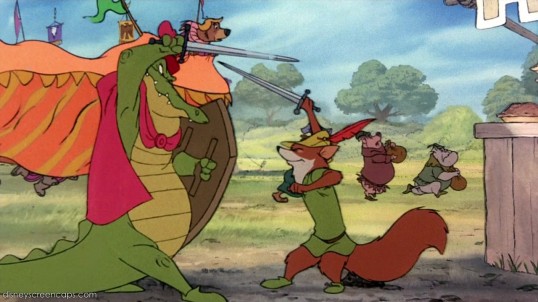 What I actually grew up with.

I had an interesting conversation with my brother Gavin earlier this week, just after I posted my last piece of flash fiction (Worth a thousand words).  He tweeted about how awesome my writing was before he actually read the piece, and then when he did read it he was … miffed seems like the best way to put it.  To paraphrase, “I was following along, enjoying this great developing story, and then all of a sudden it was done and it was like the ground dropped out beneath me.  I scrabbled for more story, but there wasn’t anything there.”  His description reminded me of Wile E. Coyote.

Now, I thought that I’d written something very much in the vein of my other stories, except that the point-of-view character was not one of the central agents of the story.  It was an experiment that appealed to me, given how much I write about characters who are central to the action of the story.  I think my conversations with Ben about Marvel’s use of civilian side-plots in their big crossover stories had something to do with the idea too.  Writing a piece that wasn’t about the heroes was different enough to be challenging, especially since I still wanted to offer a view of what I’d normally consider “the action.”

Apparently changing that perspective was off-putting for my brother’s palate: he told me he loved my other flash fiction but didn’t like this one, and I felt defensive.  But he made an interesting point: each piece I write adds to the circle of expectations of my readers, and signaling when I might breach that circle can help defuse tension when I do break people’s expectations.

I’m honestly not sure that I want to take up the burden of explaining to you when any particular piece meets (or doesn’t meet) my norms.  To some extent, I want to let you read it and figure it out for yourself.  And I’m not sure I like the implication that it’s my responsibility to manage your reading diet, and your expectations, for you.

Thus far I’ve been posting my pieces with little to no context, following the practices of writing workshops in which you aren’t allowed to talk about your piece at all until after everyone has had a chance to review it.  But, following on Gavin’s point, you’re my readers, you’re not here to workshop my piece.  You are my audience or consumers or whatever you want to call it, and it’s in my best interest to keep you reading and keep you happy.  Maybe, in the interest of making your reading experience easier, I should tell you when I’m going to do something new or different.

Let’s be real, I’m pretty lazy in that regard.  Unlike the RPGs that I run, my view of your (my readers’) response is far more detached; I’m not watching you react to the story as we sit around a table, and for the most part I have little idea whether you like what I write or not (unless you ‘like’ it, or comment to that effect, which feels great).  It’s pretty lonely, to be honest, and I’ve mostly gotten used to it being that way.  Also, I still don’t want to tell you too much about any given piece, because I want to hear your reactions (however rare they may be) based on what’s in the piece rather than what’s in the preface.  If / when I have the luxury of being published, I won’t be able to rely on someone reading my preface or my author’s note, so I’ll do my best not to rely on that here.

That said, I’ll experiment with signaling a little more, or telling you a bit more about what any given story I write will be like when I post it.  Instead of just telling you “this is a rough draft,” I’ll probably also mention things that I’ve previously left unspoken, or hidden in the tags.  Maybe it’ll be as simple as “this one is an experiment.”  I will, no doubt, fail to do this perfectly.  There will still be misunderstandings, people will still have differing opinions, and that’s really just fine.  With a little luck, you’ll still have a good time.

One response to “What I Usually Write, or, Responsibilities to One’s Audience”