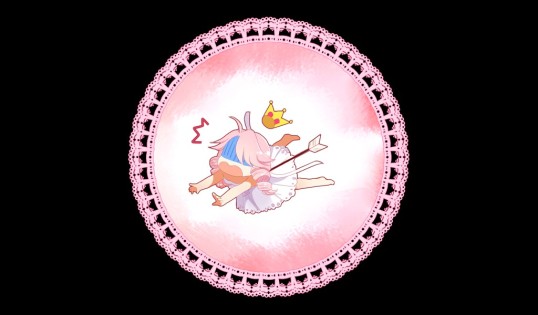 It wasn’t my fault, I swear.

I died because I didn’t know enough battlefield medicine.  It turns out that you’re not supposed to push an arrow through yourself when it’s stuck in your chest.

It wasn’t really my fault: I’d never been lonely enough to put lots of time into mastering the basics of medical care, and I’d spent all my time focusing on intrigue, learning who’s who, and figuring out what plots I might have to worry about in the weeks before my coronation as Queen of Nova.  After my disastrous showing at the grand ball, I’d tried to play catch-up with my long neglected social skills.  Somehow I never got around to learning what to do about arrow wounds.

I just didn’t think they’d be an issue, you know?  Or at least, not as big an issue as accidentally starting a rebellion by pissing off my nobles.  I’d already had one of them assassinated, and had only succeeded because of all the time I’d put into mastering my network of agents.  Next time, I’ll make a different mistake.  I’m sure of it.  Welcome to Long Live the Queen.

I’m not sure why I was drawn to this game.  Well, that’s not totally true.  I found the trailer quite amusing.

Long Live the Queen is a strange beast, combining a gradually branching interactive storyline with a relatively straight-forward skill system and wrapping it all in art that looks like it came from a dating sim.  In addition to offering you simple choices (do you imprison the murderer who claims to have been possessed? execute him? set him free?), the game also has frequent tests which require an unspecified level of expertise in order to achieve a beneficial outcome.  I haven’t yet played through it enough times to be able to tell you exactly how much repeats, but it seems like there’s a basic central storyline which is periodically embellished with other storylines by virtue of your previous choices, successes, and failures.  My personal favorite thus far was accidentally accepting a betrothal gift from some foreign noble; I decided to make the best of it by allying myself with said foreign duke, even though I knew he might have designs on my kingdom.  Keep your enemies closer, right?  Of course, I died before I could find out whether or not that was a mistake.

The bulk of the game (when you’re not busy making mistakes and infuriating your nobles) is made up of choosing your classes and weekend activities.  Your various classes give you skill points in the multifarious skills available to you, everything from Falconry and Etiquette to Poisons and Naval Strategy, and thus are the main way to open up additional options for yourself later on.  The skill learning system is probably the most complex part of the game, as it offers a number of different ways to synergize and optimize skill growth… if you can last long enough.

Managing your emotions is key to optimizing your skill growth: some emotional states are more conducive to learning specific skills than others, and each has its particular benefits and drawbacks which will guide your choice of how to spend your study time.  If you are feeling Angry, for example, you have a bonus to learning Weapon and Military skills, while being Afraid offers a boost to training Agility- and Faith-based skills.  Remember how I mentioned that I wasn’t lonely enough to have studied Medicine?  I meant it.

Because each emotional state also confers a large penalty to a number of other skill areas, and because weekend activities are the only way you have to change how you feel, what you do with your weekend takes on an almost comical level of importance.  Weekend activities modify your emotional state by shifting your position on a set of four parallel sliding scales, the strongest of which determines your state at the beginning of the next week.  I’m not sure yet, but I think there are are also preferences as to which emotion dominates other emotions, given equal intensity.  Some weekend activities instead advance some section of the story, and I’ll discuss that more later.

Is this focus on emotions as Princess Elodie’s secret mechanical super-power problematic?  Quite probably.  If nothing else, it’s not terribly original to have such a focus on the emotions of a female protagonist.  But I will say that the implementation of the system is well done, and that I found it quite rewarding.  If it weren’t there it would likely have to be replaced with something equally restrictive and enabling in order to make mastering the skill system gratifying, and I’m not sure what would make sense as a replacement: I haven’t thought very hard about that.

But there’s more to the skill-learning bonuses than just your emotional state.  There are four major skill groups (Social, Physical, Mental, and Mystical), and numerous tripartite subgroups within each of those; you get an additional learning bonus in a major group for however many points you have in its subgroups, and a larger bonus to learning skills in each subgroup in proportion to however many points you already have in that subgroup.  In other words, being good at something makes you better at learning other things with which it shares its categories.

Thus, the mechanical meat of the game comes from manipulating your mood to get bonuses in the skill areas that you want, and studying the skills you need as quickly as possible.  The game always tells you which skills are being tested, but it never tells you what the threshold for success is; thus you may very well have to replay the game multiple times if you want to pin down exactly what happens when you pass a given test.  It’s somewhat frustrating, but it appeals to my obsessive side.  Better yet, I like the storyline (and the not-so-competent Elodie) well enough that I want to go back and see what other options are available.  Best of all, it looks like the game offers unlimited saves, so I should be able to train the Elodie that I want and steer her clear of each successive clump of obstacles if I so desire.

About those story-focused weekend events: instead of choosing an activity with an assured emotional result (e.g. +1 Pressured, +1 Depressed), you may sometimes choose to talk to various important figures in the castle around you.  From what I’ve been able to tell, this plays a large part in determining what options become available to you later on.  The price, of course, is that you advance some sections of plot at the cost of some control over your emotional state for the upcoming week.  Risky business.

So, do I recommend the game?  Maybe.  I’ve only played it for a few hours, and I suspect that the events of the game’s first few weeks would start to drag if I were to play them a few times more.  It’s just hard to be competent enough to change things that early on.  Because I haven’t replayed the game extensively, I can’t yet tell you with certainty just how much variation actually comes up based on your decisions.  I’m pretty happy with the game at the moment, and I find Elodie to be endearingly frustrating, but that could easily change with a few more untimely deaths.  The game does a good job of making Elodie’s stumble towards coronation (or death) highly entertaining, but your mileage and replay value may vary.  In truth, it will probably depend on your obsessiveness and your desire to see Elodie succeed.

For a slightly different perspective, try this review.

P.s. I’m going to be busy with family next week, and may miss my regular posting schedule.  We’ll see.