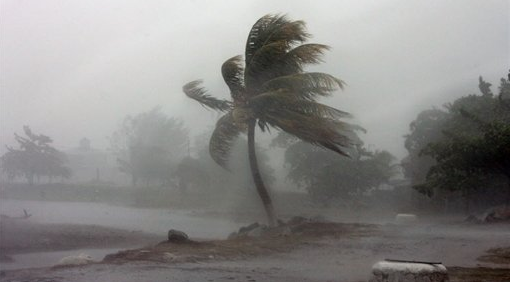 This is a bit late, but this week’s (last week’s?) flash fiction from Terribleminds involved using a randomly generated phrase.  I got “maritime scowl.”  This is what followed…

The Reaver’s Love rode at anchor, safe in the Free Port of Maximilian’s Hold while the gale blustered through, waves crashing into shore outside the spit that sheltered the harbor.  Her captain and most of her crew had gone ashore, drifting from one tavern to the next like flotsam on a wave of booze.  They were made welcome by each barkeep in turn, laden as they were with loot and stories of their adventures through the New Sea.  True Northmen, even if they belonged to one of the newly-formed mixed clans of the New Sea, they were still orderly and disciplined despite their drunkenness.  But that wasn’t why Tanya, the mistress of the bar The Broken Shackle, was so nervous.  She was nervous because one of her other customers had been insulting Northmen, and orcs in general, for hours, and now some had arrived.

The trouble began when Gregor, the ship’s carpenter for Golden Promise, got to his sixth drink.  The crew of Reaver’s Love had just settled in for their round of drinks, moving with the attentive and fluid seriousness of the deeply drunk, when Gregor had caught sight of them and sworn into his fresh beer.  He’d thought he was being quiet, certainly not loud enough for his comment of “fucking toothy green-skinned apes” to be overheard by anyone but his drinking companions and Tanya, who’d just served them at the bar.  Sadly for him, Berta, captain of Reaver’s Love, had exceptionally keen ears.  She was known among her crew for being able to hear even the quietest mutter, when she chose.

Gregor was surprised by the feel of a strong, broad hand landing on his shoulder.  He craned his head around and was confronted with Berta’s thunderous maritime scowl.  The common room had quieted, an expectant hush filling the room to the sooty rafters.  Every eye was on the two of them, and all of Berta’s mixed crew watched the wiry human the way that a hawk stares at a mouse which hasn’t yet left its cover.

“Would you like to repeat that?” Berta’s voice was very controlled, each syllable carefully enunciated as she swayed slightly on her feet.

Gregor’s two drinking companions, crewmates from Golden Promise, groaned quietly as Gregor pushed his full beer and empty cup of rum further back on the bar and swiveled on his stool.  They watched in horror as he spoke.

“Yeah,” he glanced around the room, drunkenly overconfident of his support, “I’ll say it again, you goat-loving child murderers.  You’re a bunch of toothy fucking green-skinned apes, and you deserve to be put down like the beasts you are.  You and your ape lovers.”  Gregor sneered at the few non-orcs in Berta’s crew, people who’d been adopted into the clan by the Northmen.

“Mmmm.”  Berta nodded.  “Well then.”  She narrowed her eyes, considering him.  She’d stopped wavering and instead stood dreadfully still.  “You’ve insulted me and mine.  I challenge you to a duel.”  The whole room drew a tense breath, not sure what to expect.

Gregor looked surprised, like he hadn’t expected such a thing.  His two companions shrank away from him, trading pained looks.

“That’s fine,” Tanya broke the silence from behind Gregor, “but see to it that you do it outside, gale or no.”  She crossed her arms over her chest, frowning at Gregor, “I won’t have blood on my floor.”

Berta nodded to the innkeeper.  “Of course, mistress.  Your house, your ship.”  She spun on her heel, graceful but for the little lurch in her step.  “You,” she spoke without looking back, no doubt in anyone’s mind who she meant, “I’ll see you outside.”

Gregor stared after the orc captain as she stalked out into the storm, and felt his guts twist and churn.

Water ran in streams through the street, poured from eaves, and fell in hard hitting heavy, fat drops from the sky.  The wind gusted, blowing rain almost horizontal at times, and the crew of Reaver’s Love had made a circle in the street, standing with elbows linked.  Berta stood in the center of the circle, watching the door of The Broken Shackle as the customers inside forced Gregor out.  No one, it seemed, felt any desire to protect him.

Gregor cowered as he was pushed into the ring.  The circle widened as the crew welcomed other spectators to join them.  Berta waved at her bosun, a tall and brawny man, who stepped into the ring as well.  He undid his belt and pulled two metal rings from it, holding them up so that all could see.

“In accordance with the laws of the Clans, for a duel between two who are drunk when one is an outsider,” the bosun’s voice roared over the sound of the wind, “you shall fight to the first blood, unarmed but for these two rings.”  He held up the rings so that people could see them, winking in the rain and the lamplight cast from the inn.  They were simple unrounded bands, and he handed one to each of the duelists.

Berta settled the ring on her hand as the bosun continued.  “If you bite, gouge, or tear, you will lose.  If you bleed, whether from a blow or for any other reason, you lose.  If you continue fighting after someone has lost, your victory will be annulled.”  The bosun looked back and forth between the two.  “Questions?”

The bosun stepped rejoined the circle.  His voice roared over the wind, “Begin!”

Berta watched her foe, waiting for him to move.  Gregor took a quavering step forward, then stopped.

The captain stepped forward, then backhanded Gregor across the face, the ring biting deep into his skin.  Gregor fell, clutching his face as blood leaked between his fingers.

As the Northmen left, disgusted, Gregor’s companions lifted him to his feet. “You fucking fool,” they yelled in his ear, “they’re the ones that keep the Free Port safe!”