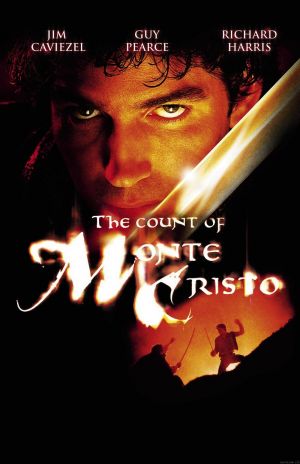 This brief post is all about showing a little appreciation for The Count of Monte Cristo, both the story written by Alexandre Dumas (which I must admit I’ve only ever read in abridged form) and the 2002 movie-version of the same tale.

I watched it again recently. I was forcibly reminded of how well Dumas wrote melodramatic excitement, and impressed by the way he wove it into the very fabric of his stories. As an overweening revenge fantasy filled with now clichéd twists, there’s still something classically appealing about the whole thing.

But I admit, the standard storyline gets a little same-old, same-old. There’s only so far my appreciation for Dumas’ excellent treatment of the form will take me before I start rebelling. No matter how much the movie may claim that Edmond Dantes is the main character, the one most deserving of our attention, I can’t help but feel that he (and his frenemy Fernand Mondego) are whiny and/or stupid assholes.

That’s right, that guy right there. Jacopo, as played by Luis Guzmán. He’s smart (if not a genius), he’s loyal, and he has his head set firmly on his shoulders. When Dantes first lays out his plans for revenge, Jacopo responds: Why not just kill them? I’ll do it! I’ll run up to Paris – bam, bam, bam, bam. I’m back before week’s end. We spend the treasure. How is this a bad plan?

This line is almost delivered as comedy, maybe at Jacopo’s expense for being so simpleminded. But the truth is, Jacopo more or less has the right of it. And that continues to be the case throughout the entire story. He goes along with Dantes because he swore that he would be his man after Dantes spared his life, but that doesn’t stop Jacopo from pointing out Dantes’ insanities and obsessions. I’m rarely happier watching this movie than when Luis Guzmán is on screen.

It’s a good thing I like watching him so much, because I think I’ll need to revisit this film again soon for some appropriate inspiration to my various swashbuckling-esque stories. It’s good stuff.

One response to “I Guess “Jacopo’s Ridiculous Liege” Didn’t Have The Same Ring To It?”