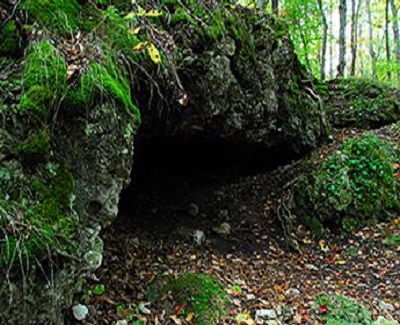 So, The Molotov Cocktail has a monster themed flash fiction contest, and I want to post an entry.  I’m not sure that this is the piece for me to submit (and, obviously, you Molotov-associated folks shouldn’t read this until later), but it’s the piece that came to me over the course of this afternoon.  I hope you enjoy it.

Fine rain settles on his skin, rivulets running down his back into his waistband.  His pants are soaked through.  He should shiver, but he doesn’t.  He’s lying nestled in cold grass, facedown on the gentle slope.  I swallow, holding back my vomit.  His left arm is gone and I can see where the muscle and skin didn’t tear in the same place.  I’m glad I can’t see his face.

“Spotter One for Base.”  I keep my eyes up, watching the small copses of trees around me.  I’m fighting the sense that something’s watching me too.

“This is Base, go for Spotter One.”  Voices, even over the radio, help me feel less alone.  Less like prey.

“White male, tattoo on right shoulder blade, found near…” I puzzle for a moment, then give my grid coordinates.  “Body is missing the left arm.  Looks like it was torn off.”

I rest for a moment, standing in the rain.  It’s so light it’s more like mist, a beautiful Oregon spring day.  Everything smells cold and green and wet.  Standing upwind, I barely notice the scent of blood and shit.

I sip from my canteen, swish, and spit.  The bad taste doesn’t go away.

That was the fourth member found from a missing group of hikers.  He was the furthest from their camp so far.

The first two were just outside their tents, or both inside and outside in the case of the first one.  Each has been torn apart, like some kid might pull the wings off a butterfly.  I didn’t look too closely, but I think the campers we’re looking for must have been surprised in the night and fled when they could.  I’m still not sure what could have pulled someone’s arm off like a drumstick, or why there wouldn’t be other injuries.  I don’t really want to find out, even though it’s my job.

I keep looking for places to hide.  If my guess is right, they should be trying to hide, should have been trying to hide.  If I’m going to find the last three, if they went into the quadrant I’m covering, then I’ll find them somewhere on the way to a good hiding spot or in one.  I hope that I don’t.

Unfortunately, I’m looking in the right place.  The next body is wearing pajamas, but the head has gone missing.  It looks like it was torn off just as easily as the last man’s arm.  I radio it in and then vomit into a bush until I’m dry heaving.  I have to take a break, sitting on a log and practicing knots with my raincoat’s drawstring, just to take my mind off things.  I joined SAR because I wanted to save people, not pick up the pieces and point others towards them.  And I’m real damn nervous now.  When I answered the call this morning, I didn’t bring a gun with me.  Why would I?

Now I regret it.  Next time, if there is a next time, I’m bringing a goddamn gun.

I hear over the radio that another one has been found, babbling and incoherent and alive, by some of the other folks.  It’s the best news I’ve had all day.  It’s especially good because I’ve just found a trail of blood about a foot wide, something that looks like someone dragged a leaky sack of meat across the grass, into the woods ahead, towards the steeper hills to my west.

I radio in my position, and then start to follow the trail.  It’s wide, it’s painfully obvious, and it’s cold.  I follow the trail through the trees, a big swathe of leaf litter soggy with old blood, overturned like something heavy was pulled through it.  It winds up through the woods and then abruptly turns downhill, and as I crest the slope I can see a cave at the base of this rocky hill.  It smells like an abattoir, heavy with a heady musk that clings to my nostrils as I stare down at the entrance.  The trail goes inside.  I pick up my radio again and pause.  Something, somewhere nearby, is watching me.

One response to “Playing with Monster Stories”