Reading Three Ordinary Girls was an odd experience for me. I both enjoyed and actively disliked this book. Complaints first.

When a nonfiction book cites Wikipedia, I cringe. It conjures memories of my teachers telling me that Wikipedia wasn’t an acceptable source for my papers (despite being better on average than most encyclopedias, which my teachers did accept as source material). Maybe I’m stuck in the past’s paper-writing habits, but surely Tim Brady can hunt down whatever sources the Wiki editor used, and reference those instead? I think what bothered me most was that nearly all of the referenced sources in this book boil down to just a few pieces, referenced over and over again. I couldn’t help but wonder whether I should have read those books instead. I would have liked more depth and breadth of source material.

Now, that may be empty quibbling: those few referenced pieces are the extant primary and secondary sources, in most cases sourced directly from the people involved. They include interview material from the “ordinary girls” in question. But… I would expect someone writing a nonfiction book to at least cite original sources for the material cribbed from Wikipedia. Maybe I’d feel differently if the book read less like someone had simply punched up a previously existing secondary source and slathered it with in-the-moment details cribbed from a primary. Or maybe this is just Tim Brady’s style (I haven’t read any of his other books). Either way, I don’t like it. Maybe you won’t mind.

Three Ordinary Girls is gripping. The lives of these young Dutch women during the Nazi occupation of the Netherlands, and the actions they take as members of the resistance, are exciting and frightening. Their story is painful and dramatic and evocative. It’s bloody. It’s scary. It’s a potent reminder of the banality of human cruelty, and of the messy and complicated ways in which people act when their world is tossed upside down. It’s another example of how occupation, revolution, collaboration, and resistance are overlapping and confusing and violent, with few places of certainty or security. And it’s a testament to the bravery and convictions of the three young women whose stories this book tells.

To its credit, Three Ordinary Girls doesn’t try to reassure the reader with a sanitized, polished, or clear cut glamorous war story. That may be what I admire most about it. There are many admirable stories about how people stood up and did the right thing to oppose the Nazis. But those often ignore the painful truths of how that resistance was hard, and confusing, and traumatizing, and sometimes resulted in bloody mistakes, internal conflict, and power struggles. I appreciate the way in which this book captures all of that.

For those reasons, I’d probably recommend this even if it were less well written and researched. Well, maybe not less well researched… I do prefer my historical nonfiction to remain nonfiction. But yeah, it’s good as long as you’re ready, willing, and able to stomach the awfulness.

But… there’s a lot of awfulness. Be ready to be distressed. The Nazi occupation of the Netherlands was violent, cruel, and bad in just about every way you can imagine the Nazis being. The only redeeming quality to it was that they (the Nazis) didn’t engage in quite as much wholesale murder as they did in Eastern Europe. Scant comfort.

If you don’t already know enough about teenagers in the Dutch resistance during World War Two, and want to know more, check this out. If you aren’t up for reading about brutality and murder in uncertain times, you should probably look for something else. 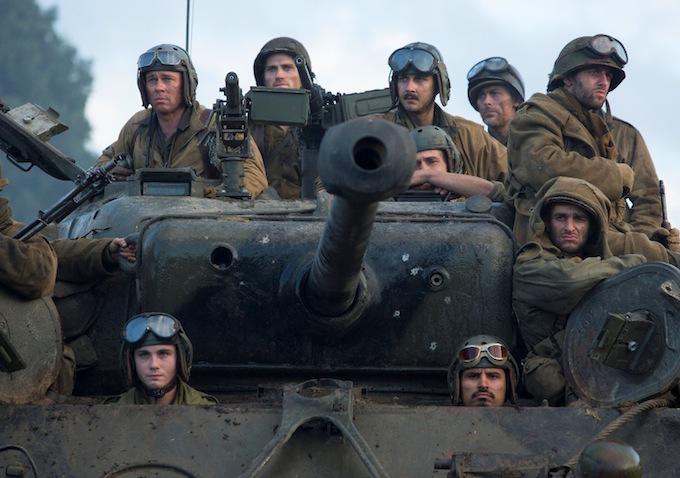 Like a clown car, but with less comedy and more violent death.

War movies, in my mind, must tread a very fine line in order for me to consider them good.  I prefer for them to leave out bombast and propaganda, and I dislike seeing filmmakers pretty up what I regard as a fundamentally brutal and painful exercise in destroying human life.  To quote Robert E. Lee, “It is well that war is so terrible, otherwise we should grow too fond of it.”  I don’t feel comfortable with anything that purports to show real life also showing war as a ‘good’ thing.  At the very least, it should be problematic and leave you feeling conflicted.  The problem, of course, is that if the film doesn’t also tell an engaging story few will go and see it.

I also recognize that I have very different expectations and desires for what I’ll call “action movies,” and I’m somehow more ok with an action film showing combat and war in a more glamorous or unrealistic light.  The recent A-Team movie, for example, totally ignores many of the realities of war and combat (and physics), and I was ok with that.  Some old WWII movies (like Where Eagles Dare) fall into the same category, though they seem to do a far worse job of overtly signaling their lack of contact with reality.

When I saw it, I wasn’t entirely sure where Fury stood with regards to this distinction between ‘war’ and ‘action,’ and that left me uncertain of how I should feel.  As you might guess by the title of this post, much of the movie delivers an intensely traumatic view of the war… no, that’s not quite it: the movie follows a group of men who have been as traumatized by the war as seems possible, without having them break.  Even that may be pushing it, since the men certainly seem broken when you look at them more closely.  They’re just still able to do their job, which is killing others before others can kill them.  This, in my mind, is part of what makes it such a good war movie.  But I’d be remiss if I didn’t mention that Fury does have an odd change in tone at one point.  It’s almost as though it consciously tries to straddle the divide between ‘war’ and ‘action,’ and suffers for it.  This doesn’t make it a bad movie, but like I said above, it does leave me less certain of how I should feel.  I’ll give you more about this (and some other non-spoilery things) after the break.