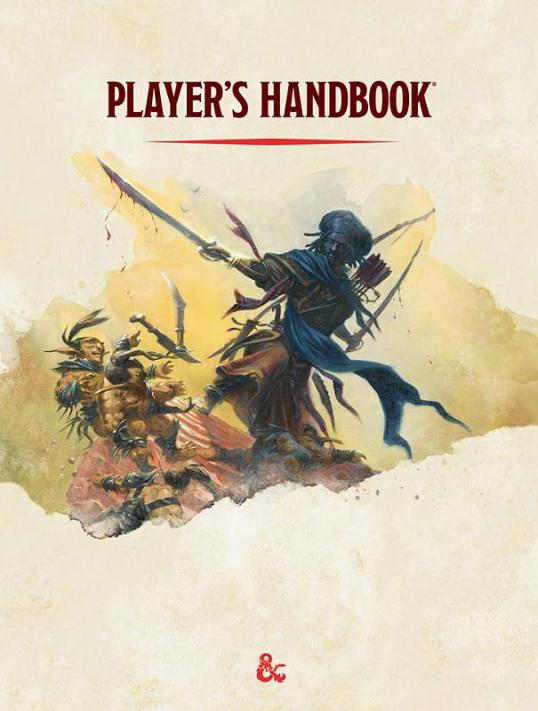 I grew up playing AD&D, as my brothers introduced me to RPGs before I was 7.  I’ve since moved away from the various D&D systems, flirting with them occasionally in passing while I instead focus on other systems that I find more interesting; I’ve come to prefer more narrativist games for the most part, though my friend Zach’s super-old-school D&D certainly calls to me at times.  But with the release of the newest edition of D&D (5th ed? Next? Whatever we’re supposed to call it) I thought I’d give it a look.  I’d examined some of the playtest documents and made appreciative noises, so I thought I should take a chance.  I’m glad I did.  It seems like the new D&D has learned a few tricks from the games that pulled me away from it in the first place.

There have been a few things that have really stood out to me while I’ve been reading the new Player’s Handbook (PHB), two quite good and one that I’m not sure how to qualify.  These have nothing to do with the rules, I’ll talk about those later.  The first item is one which I understand has already been discussed elsewhere, namely the game’s specific mention of a player’s ability to construct their character’s gender- or sexual-identity, and statement that that’s a perfectly fine thing to explore in this game; the second item is D&D’s incorporation of distinct backgrounds, personalities, and motivations into character creation, including something called “bonds” which I can only presume has come from Dungeon World; the third item is the art chosen for the book, and its depictions of a diverse group of characters.  I’ll talk more about all of these, but let’s tackle that last one first.

END_OF_DOCUMENT_TOKEN_TO_BE_REPLACED

Here’s an abbreviated dungeon-starter for Dungeon World, building somewhat on the material that I came up with for The Duke’s Men.  Agenda, Goals, and Dungeon Moves are at the top as per usual.  This is mostly focused on cultists and such, as the game itself was, but the basic storyline offered in my previous post could easily be altered to deal with any number of different kinds of threats.